Electrical surges can be caused by a few things including bad electrical wiring, lightning strikes, damaged power lines or faulty appliances. While a surge only lasts a microsecond, if they are frequent they can damage electronic devices or their components and reduce their life expectancy significantly.

If you experience frequent electrical surges, the culprit is most likely to be an electrical device connected to the home grid or the wiring itself. Try disconnecting any cheaply made devices from the outlet to see if this prevents the surges. If this does not help, it might be time to call in a professional electrician.

The exact opposite of electrical surges, can also often be attributed to devices connected to your power grid that are faulty or made with substandard materials, they might draw a lot of power when they are turned on, causing sags and dips in electrical supply.

If you experience a sparking sound or a flash from inside a light switch there might be a problem. This can cause a number of issues, including flickering lights because the contacts are not making a positive connection inside the switch or electric shocks if the switch is used with damp or wet hands. This type of fault should be rectified as soon as possible and preferably not used until sorted out.

Dimmer switches that don’t adjust light properly can often be attributed to shoddy workmanship or low quality or worn components.

If you have switches that don’t seem to activate anything at all, this might be a sign that fixtures have been removed, alternatively it could be a fault in the outlet, circuit or wiring.

Call in an electrician if you’re experiencing issues with switches in your house.

High wattage items like microwaves and hairdryers can trip circuit breakers, particularly when other power consuming items are used at the same time. Most of the time, it won't be the wiring or circuit that is faulty but an appliance or accessory that is plugged into the circuit. If, for example a washing machine or a toaster developed a fault, this may cause the circuit to trip, in order to protect the rest of the circuit. A circuit breaker is designed to protect you and your home, so when it does trip, that means it is doing its job.

If your circuit breaker trips often, it could be because you have overloaded the power boards. Most homes and apartments, even newer ones, don’t have enough power points to cater for all of the gadgets and electrical equipment we use in modern life. If circuit breakers in your home are tripping frequently, it could be down to circuit overload.

You can prevent circuit overload by:

Even though they are usually pretty mild, an electrical shock is a nasty experience. They remind us that electricity can be dangerous.

Electrical shocks typically happen when you turn a device on or off. The issue could be with the appliance, or it could be the wiring. You can test this by plugging in another device and seeing if it behaves in the same way, be careful though, you are risking another electrical shock! In most cases, it might be better to consult an electrician.

You can reduce your electrical bill by:

There are a number of reasons your lights might burn out too often:

Isolating the issue can be tricky. If you’re getting through light bulbs quickly, it it might be worth calling in an electrician to help identify the cause. If you have recessed lights that frequently fail, it could be because nearby insulation is causing overheating and these fixtures are designed to shut off to prevent fire.

WHAT TO DO IF PROBLEMS PERSIST

If electrical problems are ongoing around your home, you should, for your own safety, contact an electrician. 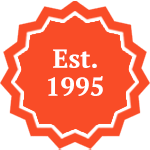 Available 365 days of the year

Our customers are very important to us, as is our reputation. Our workforce is experienced and fully qualified and we believe in on-going training and development. This has developed our business into an efficient reactive maintenance provider of plumbing, electrical, drainage and heating services.

For more information on our property maintenance services across
North London, Essex and Suffolk, please call us today

All of our engineers are accredited to various associations

ABS Maintenance Services use cookies to make the site run smoothly and to power functions. We also store anonymised information on how you use our site in order to improve your experience. These cookies are safe and secure and will never contain any sensitive information. Find out more about how we use cookies